The Milk of Dreams

The Policeman´s Beard is Half Constructed:

Art in the age of Artificial Intelligence 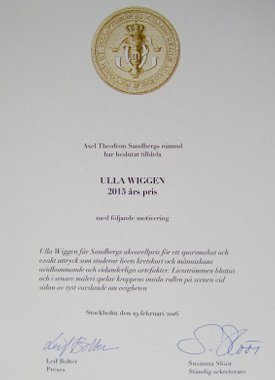 The exhibition Intra, is Ulla Wiggen’s artistic comeback. In the 1960s, her paintings, which also received international attention, were based on circuit boards, computers, and electronic components. It was shown in a retrospective at the Museum of Modern Art in 2013.

The paintings were created in the same era as the project Experiments in Art and Technology, in New York. Ulla Wiggen took part in Oyvind Fahlström's "Kisses Sweeter than Wine” at that time. The following year, she painted a series of portraits that placed her amongst photo realists, like Ola Billgren and Jan Håfström.

At the SPG, she has shown a new series of paintings where she turns her perspective from computers and human external, to a hidden world of the body's interior: Intra. She draws from photographs and X-ray images of the internal body, which she combines freely, in a colourful, mysterious, and surreal object. Is this portrayed on a micro level or in an astronomical space? The paintings of the human organs form self-regulating cybernetic systems, like electronics, in her earlier paintings. In it,  primitive organs reflect a spiritual place and dimension.

The exhibition runs until may 23. 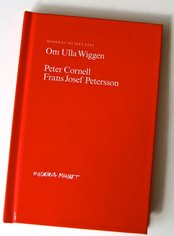 Om Ulla Wiggen, a dialogue between the critics Peter Cornell and Frans Josef Petersson, with an in-depth contextualisation and discussion of her oeuvre, is published in the series Moderna Museet Essä in conjunction

with the exhibition "Moment Ulla Wiggen".

In Moment exhibitions the artworks determine place and time: a wall or several rooms, a day or some months.

Machines and mechanical contraptions have been prominent at Moderna Museet from day one. In the late 1950s, Fylkingen – an association for new electronic music and intermedia art – began organising concerts at the Museum. In 1961, Pontus Hultén launched the exhibition Movement in Art, where the main tenet was the machine as a revolutionary force in 20th century art. In order to give artists access to technological expertise, the engineer Billy Klüver founded E.A.T. Experiments in Art and Technology, which organised 9 Evenings: Theatre and Engineering in New York in 1966, featuring Öyvind Fahlström’s multimedia performance Kisses Sweeter than Wine and in 1973, the exhibition New York Collection for Stockholm at Moderna Museet.

Ulla Wiggen was in the midst of these events. She completed her first paintings in 1963 – 1964 in Stockholm: three small gouaches on gauze of electronic components, circuit boards and the inside of an amplifier. In the autumns of 1965 and 1966, she assisted Fahlström in his New York studio and took part in the above-mentioned performance. Influenced by the American art scene, Wiggen went over to acrylic paints and began working in larger formats. But her circle of motifs remained the same until 1968, when she gradually switched from close-up studies of the inner landscapes of electrical appliances to portraits of people, via spatial depictions of technical equipment against blue skies, such as the radar mast in Radar (1968). Between 1963 and 1969, Wiggen made some 30 paintings. The exhibition features selected works from this period.

How, then, do Wiggen’s works relate to the highly-technological surroundings? In Movement in Art, Pontus Hultén describes a romantic relationship to technology as a potentially utopian or dystopian force:

“If we believe in life or art, we clearly must gain total dominance over the machines,

way. In the planning of such a world, and as a means of achieving it, artists are more important than politicians or even technicians.”

This way of seeing technology as a tool in a new world, a view typical of the era, does not seem quite as relevant to Ulla Wiggen. On the contrary, she appears both more down to earth, openminded and more detached from such ideological aspects. Nor does she use technology in her practice; it is merely observed and represented, using conventional methods.

Nor does Wiggen share the fad for machines and their associations with production, work and sexuality – her attention is aimed primarily at electronics and a dawning digital world of a more immaterial and communicative nature. Her fascination for these “anatomical” electronic landscapes appears to rest on two factors that can push the interpretation of her works in different, and overlapping, directions:on the one hand, a strong interest in what the motif could represent (signals, inter- dependence, connections in the technical links, that each detail can perform a vital purpose in a larger system), and on the other her focus on the formal qualities, such as found shapes corresponding to a landscape or still life (colour, form, tactility, composition, beauty), distinctly reproduced in the painting itself.

If we look at how Ulla Wiggen’s work has been received, it is hardly surprising to find a heterogeneous picture. Interpretations span from technology romanticism to technological critique; from claims of absolute objective realism to symbolic mysticism. Analyses based on studies of 1960s cybernetics and structural linguistics alternate with references to classic existentialism and artists such as Chardin and Cézanne. Interestingly, all these interpretations, even the most contradictory ones, seem somehow reasonable and valid. Most readings agree, however, that the works, even though they lack figurative characters, have an immediate human relevance, either through anthropomorphosis of the machines, or as dealing with the complex relationship between man and machine.

Ulla Wiggen’s idiosyncratic oeuvre touches on many of the coordinates that are habitually used to “comprehend” art history – the machine theme, pop, minimalism, new objectivism, photo-realism– but Wiggen does not comply with any of these constructs. This could be one of the reasons why she has evaded the historiographical radar for so long, but it is also why her works never feel dated – unlike classic pop art and many of the machines and apparatuses that were featured in Movement in Art, Ulla Wiggen’s works feel vibrantly up-to-date today in 2013.

Ulla Wiggen was born in Stockholm in 1942. In 1967 – 1972, she was enrolled at the Royal Institute of Art in Stockholm. Her  first exhibition and breakthrough took place in 1968 at Galleri Prisma in Stockholm, while she was still a student. That year, she also took part in Cybernetic Serendipity. The Computer and the Arts at the ICA in London. At the time, Ulla Wiggen was involved in Fylkingen, an association for new music and intermedia. She participated in the exhibition Public Eye at Kunsthaus in Hamburg in 1968. From the late 1970s, she devoted herself increasingly to her profession as a psychotherapist. The gallery Ynglingagatan 1 in Stockholm exhibited her work in 1995. Ulla Wiggen is represented in the Moderna Museet collection by the paintings Simultaneous Interpretation (1965) and TRASK (1967). The latter was acquired at her  first exhibition in 1968 and was shown in 2012 as part of Ghosts in the Machine at the New Museum in New York, curated by Massimilano Gioni.